Ranked Band 1 by Chambers Asia Pacific in 2017. CCW is acknowledged as a high-calibre offering that handles a variety of contentious and non-contentious mandates for both domestic and international clients across construction and commercial sectors.

Established in 1980, CCW Partnership has a leading reputation in litigation and arbitration, particularly, in construction, banking, corporate, property, insurance, intellectual property and other areas of commercial and civil dispute resolutions. It is also highly regarded in banking, finance, general corporate and commercial, property and real estate law. The firm works on a regular basis with major law firms from other jurisdictions for clients with international business interest.

Ranked Band 1 by Chambers Asia Pacific in 2016. CCW is acknowledged as a high-calibre offering that handles a variety of contentious and non-contentious mandates for leading local clients and major international brands. The team maintains a robuts dispute resolution practice with broad expertise in construction, insurance and intellectual property. Peers report that the firm is also "well known for corporate work".

This excellent team possesses an impressive bench of seasoned practitioners and is lauded for its in-depth knowledge of locals laws, high quality of work and excellent level of service. The firm is especially well organised for its formidable litigation department, which recently acted on major construction dispute. The team also has expertise in such areas as IT-related licensing and regulation. Satisfied clients testify that "they come up with advice that we can confidently depend on, and their commercial sense is second to none. - Chambers Asia Pacific 2014

CCW Partnership is a top ranking full-service firm in Brunei. Formed in 1980, CCW has a longstanding reputation in Brunei's legal environment and has been complimented by peers as prominent firm - IFLR 2014

Premier multi-practice firm CCW Partnership has a renowned litigation practice and is also praised by clients for its strong corporate and commercial practice. - Asialaw Profiles 2014

This full service law firm takes its place [....] in the top tier. "A very competent and well regarded firm that is good in litigation" says one peer. IFLR 2013

This firm fields a relative large team and this enables it to deal with a high volume of work. Clients have commented on the excellent mix of younger, dynamic lawyers as well as more experienced advisers that comprise the strong group. It is also rated for its strength in litigious matters. - Chambers Asia Pacific 2012

A corporate client recommends the firm's international capability in detail: "I believe that [CCW Partnership] is one of the top legal firms [in Brunei]. They have good references and great testimonials. - IFLR 2012

A peer notes: "CCW Partnership definitely belongs in the top tier." The firm takes advantage of a strong litigious practice that ably augments its formidable financial and corporate expertise.

"[The people there] have many professional attributes. [They are] honest, experienced and passionate. [They charge] reasonable fees, are down to earth and [their] legal services and advice are excellent." - IFLR 2012

CCW Partnership is known for its litigation prowess, and complements this with strong financial and corporate capabilities. "CCW Partnership definitely belongs in the top tier," says one peer.

CCW's international capabilities are recommended by one corporate client: "It is one of the top legal firms in the country. The lawyers there have good references and great testimonials."

One of the top full-services firms in Brunei, CCW Partnership has significant experience in servicing multinational companies. - Asialaw Profiles 2012

This teams receives particular praise for its litigation expertise; on this front, it recently advised on construction disputes. The practice also handles a range of transactional and advisory matters relating to corporate, finance and real estate work.

Sources say: "A top player on the scene - they have a team of energetic and highly experienced lawyers that give excellent service." - Chambers Asia Pacific 2011

CCW Partnership is definitely one of the leading firms in Brunei. "The firm continues to leverage on its expertise in dealing with multinational companies seeking advice on cross-border transactions in Brunei. The larger dispute resolution department in Brunei also has key financial institutions and government entities in its lists of clients. - IFLR 2011 Edition

This well-rounded practice fields respected litigation and commercial teams and is "highly deserving of its strong reputation, due to its prompt and top-quality service," say interviewees. The depth of resources on offer means that it has the capability to advise on more niche areas of practice, such as shipping and tax. - Chambers and Partners 2010 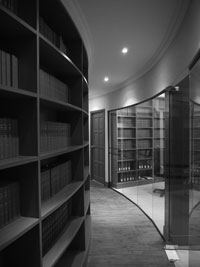 CCW Partnership was established on 1st April 1980. It was formerly known as Choo Chan & Wong. CCW Partnership is one of the largest full service commercial law firm in Brunei Darussalam. The firm provides high quality services and solutions that are client driven and tailored to meet the business and commercial needs of its clients with professionalism and integrity.

CCW Partnership is a leading full service business and commercial law firm in Brunei Darussalam and has been consistently ranked by Chambers Global - The World's Leading Lawyers, Chambers Asia, IFLR 1000, AsiaLaw & Practice and Asia Pacific Legal 500 as a leading law firm in Brunei Darussalam. The firm has 4 partners, 1 senior associate, 2 associates and 1 consultant. 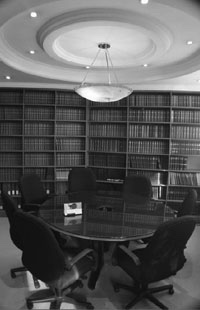 Fields of practice are concentrated in the following areas: 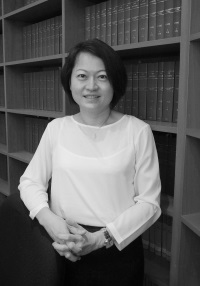 Linda Lee Lian Khing, LL.B (Hons), LL.M (Merit), managing partner, was called to the English Bar in 1991 and has been in practice since September 1993.

Linda Lee is a Commissioner for Oaths and has been mentioned in IFLR 1000 and Asialaw.

She appears before the High Court and Court of Appeal of Brunei Darussalam.

Linda Lee Lian Khing is a key litigation partner within the firm. Her practice encompasses construction, banking insolvency, insurance, property and matrimonial law. She was involved in a case involving a large oil and gas company's claim in the High Court relating to a construction dispute between contractor and employer regarding the construction of the client's oil tanks. Asialaw Profiles 2015 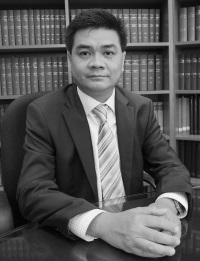 Tang Weng Leong, LL.B (Hons), LL.M (Merit) is a partner. He has been in practice in Brunei since 2004. Prior to this, he was in practice as a commercial and civil litigator in Kuala Lumpur, Malaysia for over 9 years from 1995.

He has been mentioned in Chambers Asia Pacific.

Tang Weng Leong is considered by sources to be making a name for himself in litigation matters. Chambers Asia Pacific 2012

Sources agree that Tang Weng Leong is a "relatively junior but capable litigator, someone to keep an eye out for." Chambers Asia Pacific 2011 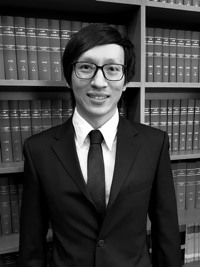 Harold Ng Hann Jaun, LL.B. (Hons), partner, was admitted as an advocate and solicitor in Brunei Darussalam in 2006. 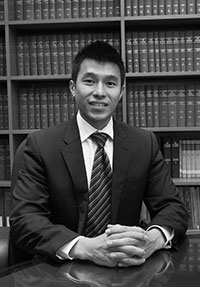 On Hung Zheng LL.B (Hons), partner, was called to the English Bar in July 2006 and admitted as an advocate and solicitor in Brunei Darussalam in 2007.

He is on the panel of ASEAN Experts IPR SME Helpdesk.

In intellectual property, senior associate ON Hung Zheng recently acted for a large pharmaceutical company, appearing in the Court of Appeal to obtain a declaration of non-infringement and the invalidity of a registered patent. AsiaLaw Profiles 2015 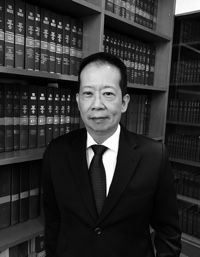 Andrew Ong Teck Wee, B.A. (Hons), M.B.A, MCIArb was managing partner and is presently a consultant with the firm. He was called to the English Bar in 1982 and has been in practice in Brunei Darussalam since 1985.

He appears before the High Court and Court of Appeal of Brunei Darussalam. He has also appeared before the Privy Council, London.

He is Honorary Consul of the Republic of Chile in Brunei Darussalam.

Andrew Ong is a Commissioner for Oaths and is listed in Chambers Global - The World's Leading Lawyers, Chambers Asia, IFLR 1000, World Law, Asia Law & Practice and Asia Pacific Legal 500 as a leading lawyer in Brunei Darussalam.

Andrew Ong is noted as a formidable litigator and has significant experience in representing employers and contractors in construction disputes. Chambers Asia Pacific 2016

Andrew Ong leads the litigation practice and draws on a breadth of experience in handling commercial, banking and construction disputes. He regularly appears before all levels of court, as well as arbitrations. In the past year, he has handled a large employment disputes, construction claims and a contractual dispute at arbitration, amongst other matters. Chambers Asia Pacific 2015

Andrew Ong heads the litigation practice and is described by sources as "knowledgeable, with a vey balanced grasp of both commercial and legal matters." Interviewees also highlight his "firm, precise and logical mind." He is particularly sought after for his construction law expertise. Chambers Asia Pacific 2014

*Andrew Ong is one of the most well-known names for litigation, particularly in the construction sector. *Chambers Asia Pacific 2013

Andrew Ong is a litigation expert, specialising in complex commercial disputes. He is held in high regard by peers, who describe him as a "very good lawyer." Chambers Asia Pacific 2012

A client singles out key partner Andrew Ong for praise: "[He] is a lawyer with good personality and experience. Above all he observes good professional ethics." IFLR 2012

Peers note that Ong "is a great and well-known litigator". IFLR 2011

“Andrew Ong has depth and understanding that is unmatched,” says a client of the firm. “As a seasoned legal veteran he understands our needs and offers clear legal counsel and excellent personal service,” says a client. IFLR 2009

In areas of construction law , partner Andrew Ong’s dispute resolution practice has a successful track record of acting for contractors, developers, and government in a number of large litigation and arbitration cases. AsiaLaw Profiles

Andrew Ong specialises in complex commercial litigation. Interviewees described him as a "key man on the team: a knowledgeable and very strong litigator." Chambers Asia Pacific 2011

Andrew Ong is praised by market sources as one of the best advocates in Brunei. Commentators describe him as “an excellent, quick-thinking and knowledgeable litigator”. Chambers Asia Pacific 2010 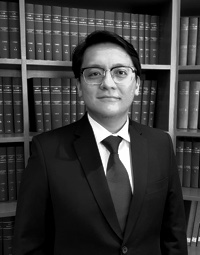 Adzim Amir Hamzah, LLB.(Hons) was called to the Malaysian bar in 2009 and admitted as an advocate and solicitor of the Supreme Court of Brunei Darussalam in 2017.

Adzim was a partner in the Corporate Division of Skrine, Kuala Lumpur where he acted for various domestic and multinational corporations in a number of large and complex cross border transactions and regularly advised on corporate structuring, compliance, governance, contractual, licensing, and regulatory as part of his corporate advisory work. Adzim is also experienced in handling non-litigious shipping matters and has acted for and advised financial institutions, ship owners, charterers, shipbuilders and receivers & managers in ship sale, ship registrations and reflagging, charter party arrangements, ship financing and mortgage. 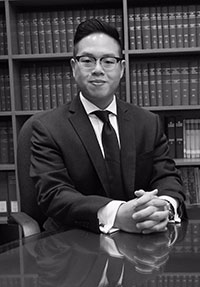 Andrew J. Wong, LL.B. (Hons), LL.M (Distinction), associate, was called to the English Bar in 2013, and admitted as an advocate and solicitor in Brunei Darussalam in April, 2015. 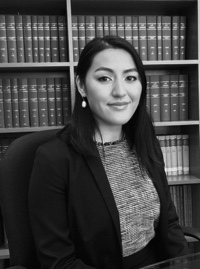 Vanessa On, B.A.(Hons), Diploma in Law (Distinction), associate was called to the English Bar in 2015, and admitted as an advocate and solicitor in Brunei Darussalam in December 2016. 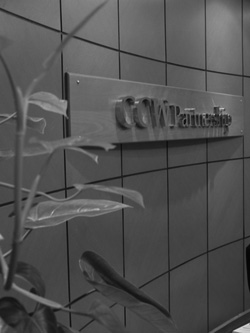